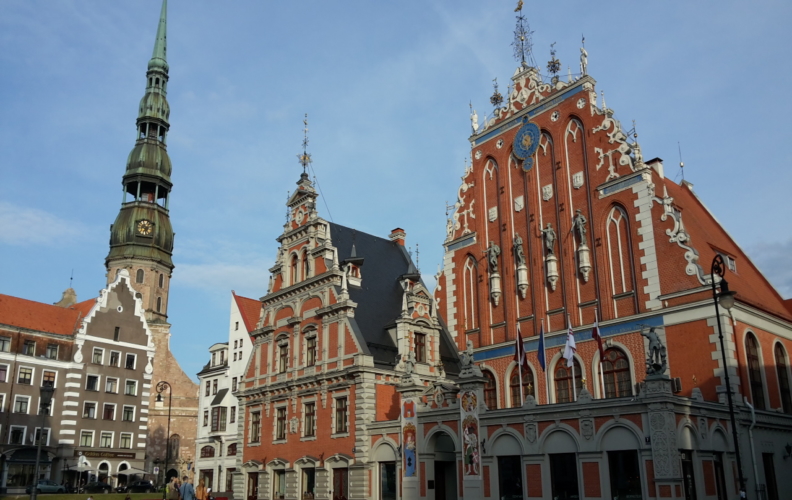 After my short trip through Lithuania, I spent nearly two weeks in Latvia; exploring Liepaja on the Western coast, Riga of course and Jurmala, Riga’s weekend and summer retreat. Latvia is bigger than Lithuania and has a lot more coastline. This means that most of the coastal towns aren’t that busy during low season and get only super packed during July and August. I got lucky again!

I had a great time in Latvia but I feel like I missed out on lots of great places to visit. Another reason to come back soon to see more of the country; in addition to Lithuania.

Oh I loved Liepaja! It’s only an hour away from Palanga on the Lithuanian coast and perfect to visit during low season. Liepaja is the biggest city on the Western Latvian coast and has a relaxed atmosphere as well as a nice beach. And again, I had wonderful weather to stroll around the city and explore the great Art Nouveau (Jugendstil) houses which were built between 1920 and the late 1930s during Latvia’s independence. The city also has a rich musical history and is said to be one of the most important cities for Latvia’s musical heritage. 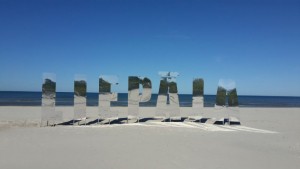 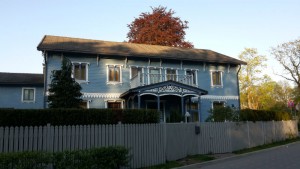 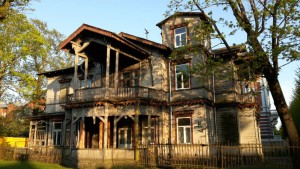 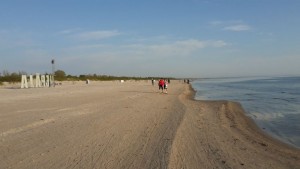 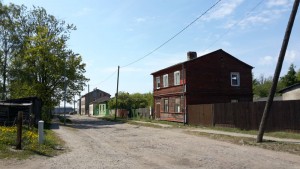 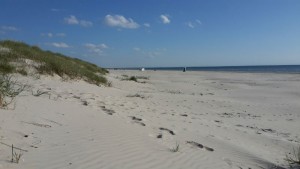 As the hostel manager warmly recommended it, I also went to visit Karosta in the north of the city! It looks totally different than the rest of Liepaja and feels like a town from another era. Karosta used to be military area during Soviet times and a very important naval port. You can find lots of Soviet blocks there which were built for the military families in the neighborhood of very much neglected historic buildings from the Art Nouveau era. Karosta is much less developed than the rest of the city and locals told me that it is very cheap to buy an apartment or house there. In case you ever considered moving to Latvia 😉 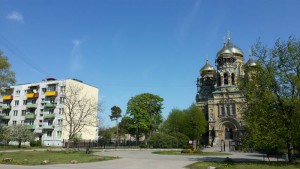 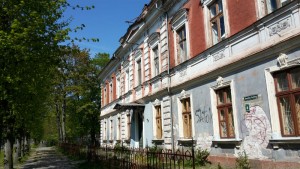 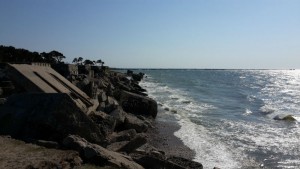 From Liepaja, you can either make your way to Riga via the Baltic Sea coast (preferably with a car) or hop on a direct bus to the capital. I did the latter.

Riga is a must-see when visiting Latvia, of course. It has so many sights, especially regarding architecture, and a lot of history to discover. You could easily spend a week in the city to explore it. Riga used to be part of the famous Hansa Orden and has also a strong connection to Germany. Since the 15th century, Latvia as well as nowadays territory of Estonia was part of the „Deutscher Orden“, so called Livonia. Riga is busy with tourists and weekend visitors but it was absolutely okay. Besides the House of Blackheads, the famous red brick houses which were only restored in 1999, there is the whole old town area and the market to discover. In the latter, you feel transported back into Soviet times, just with more goods to choose from. 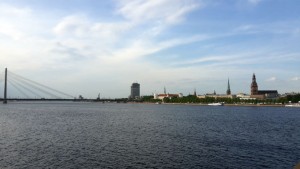 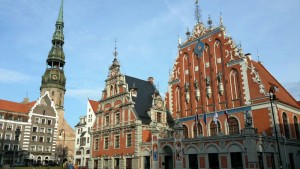 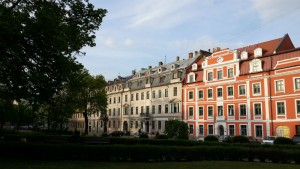 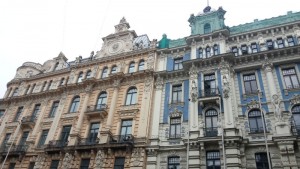 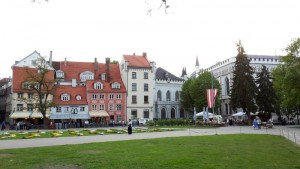 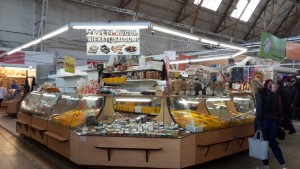 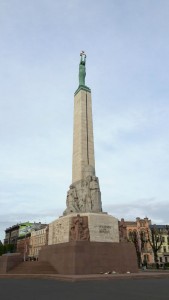 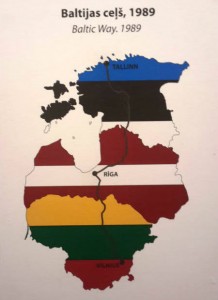 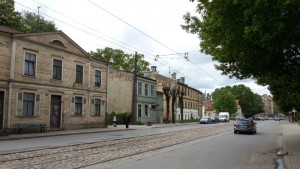 I also visited the Occupation Museum which is absolutely worth to see! It shows the tragic story of the Baltic countries after World World 2 and during the Soviet era. Nearly 200.000 people were deported during and after the war and put into working camps, mostly in Siberia. Until today, Russia denies this atrocious part of their history which is cause for still a lot of tensions between Latvians and Russians (nearly 50% of Riga inhabitants are Russian). The exhibition is heartbreaking and revealing but a must if you’re interested in history.

Furthermore, you definitely shouldn’t miss out on making a trip to the other side of the river Daugava as well. There you can find the Agenskalns neighbourhood which feels more like a small countryside town than part of the Latvian capital. It has a great vibe and you can just walk around and relax.

From Riga, it’s only a short trip to the coastal town of Jurmala, either by train or bus. In summer, there is even a boat which you can take but it takes more than two hours to get there.

Jurmala is the weekend beach getaway for the Riga inhabitants as it is easily accessible. There is also a big influx of Russian tourists during summer. The beach is alright but there are definitely prettier and better ones in Latvia and in the Baltics in general. 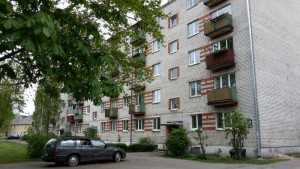 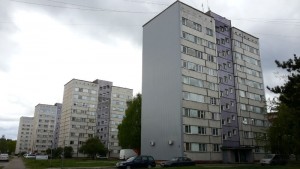 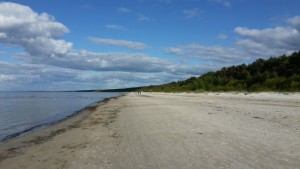 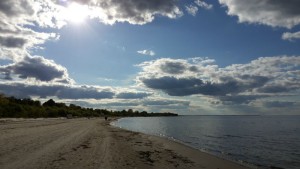 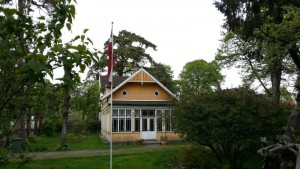 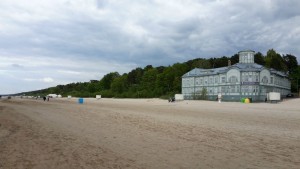 I stayed in a rather run down neighbourhood of the stretched out town, Kauguri, which has its own Soviet charm and can be the right thing if you want to get away from the buzz. Nevertheless, areas as Majori or Dzintari are better suited if you want to stay in a busier (and posh) neighbourhood with many Art Nouveau wooden houses. Jurmala can be easily explored during a day trip from Riga.

Please share in the comments if you’ve been to Latvia and where. I’m also glad to share my accommodation recommendations on request.

At the moment, I’m back in Estonia after five years and I love it even more this time! I stayed in Pärnu for a couple of days which is close to the wonderful Soomaa National Parkt that I visited on Sunday. Now I’m in lovely Lauslasmaa, only one hour by bus from Tallinn on the coast. My much more extensive guide to Estonia will follow during the next weeks. I will draw tips from my trip five years ago as well. That’s going to be fun, fun, fun! 🙂 Kathleen Fritzsche
Hey! I’m a travel and startup enthusiast. This is my personal blog with stories from near and far.
Copyright All Rights Reserved © 2017 - Impressum
Mein Weg als Geisteswissenschaftlerin in die Wirtschaft 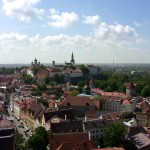 My travel guide to Estonia – Part 1: Tallinn and Tartu with surroundings